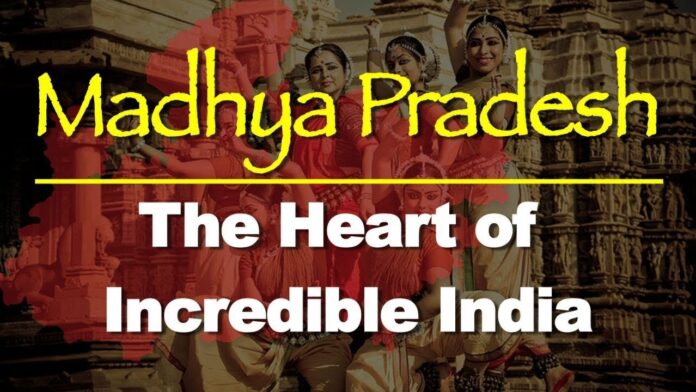 Madhya Pradesh, popularly known as the Heart of India, is the second largest state. The history of this state, its geographical location, its natural beauty, its cultural heritage and the people, make it one of the best Indian tourism destinations. Bhopal being the capital is popularly known as the City of Lakes. Madhya Pradesh tourism offers all aspects of tourism for tourists to explore and indulge. From watching tigers at the Bandhavgarh National Park to wowing the architecture of the temples at Khajuraho, one can discover the real India.

The central location of the state, as well as the rich diversity in nature, make it a perfect tourist destination. The high mountain ranges, the wild green forests with the rivers and lakes provide a beautiful harmony between the various elements of nature. The rivers Narmada and Tapti run parallel to each other and between the two mountain ranges of Vindhya and Satpura. The rich and diverse flora and fauna and the natural beauty of the state are the highlights of Madhya Pradesh tourism.

Khajuraho, Sanchi and Bhimbetka are declared as World Heritage Sites by UNESCO. The tribal culture of Madhya Pradesh is an important part of Madhya Pradesh tourism. The Gonds and the Bhils are the main tribes residing there. The tribal art and handicrafts are a major source of attraction for the tourists.The folk music and dance is the artistic heritage of the country.

Food, Fairs And Festivals Of Madhya Pradesh – The variety of cuisines in Madhya Pradesh forms a vital part of Madhya Pradesh tourism. The food majorly comprises of Rajasthani and Gujarati cuisines. The capital city of Bhopal is famous for its royal food, like the seekh and shami kababs. Jalebis and cashew barfis are available in almost every sweet shop and in all the places in Madhya Pradesh. However, the food habits differ in every part of the state. The Khajuraho Dance Festival at Khajuraho and the Tansen Music Festival at Gwalior are famous worldwide. The Madai Festival and the Bhagoriya festival are the two most popular tribal festivals held in the villages by the tribal communities.

Mahakaleshwar Temple, Ujjain – Temple is regarded as one of the most auspicious temples of the Hindus in the sacred town of Ujjain. The temple lies near a lake. The temple has a broad courtyard surrounded by huge walls. There are five levels inside the temple and one of the levels is situated underground. Dakshinamurti is the name given to the idol of Mahakaleshwar and the deity faces the south.

The temple is regarded as one of the twelve Jyotirlingas of India. There is a myth among the locals that the prasad offered to the deity can be again reoffered, and this is believed to be a special feature performed only in this temple. The idol in this temple is of Omkareshwar Shiva and the deity is consecrated in the sanctum just above the Mahakal shrine. A huge fair takes place in the temple premises on the auspicious day of Mahashivaratri.

The park is very interestingly located; the end of the park forms the end of the tropical and sub-tropical forest belt and the start of the moist deciduous forests that belong to the Indo-Gangetic Plain. This point also sees the start of the forest of the Teak trees. One can easily spot chitals, sloth bears, sambhars and chinkaras in the national park other than the majestic tigers. There are also a variety of birds living in the park including the king vulture, the honey buzzard, the bar-headed goose and the blossom-headed parakeet.

Bandhavgarh National Park, Bandhavgarh – The Bandhavgarh National Park is spread across the Vindhya Hills in Madhya Pradesh and is famous for tigers and its biodiversity. The park consists of approximately 400 sq km, the topography varying between steep ridges, undulating forest and open meadows. Within the park, there are different pocketed places that serve as tourist spots.

The Bandhavgarh National Park boasts of more than 22 species of mammals and 250 species of birds. A visit to this sanctuary will definitely get you to see a variety of other animals that include Tiger, Asiatic Jackal, Striped Hyena, Bengal Fox, Ratel, Sloth Bear, Jungle Cat, Gray Mongoose and leopard. Moreover, some mammals such as Palm Squirrel, Dhole, Lesser Bandicoot Rat and the small Indian Civet can also be seen occasionally. The best way to visit this wildlife sanctuary is to go on safari either on a jeep or an elephant. You have to contact the tourist department to book a safari.

Gwalior Fort, Gwalior – The glorious and massive monument of India, the Gwalior Fort lies at the heart of Gwalior city. Placed on a hilltop, it gives the visitor a bird’s eye view of the beautiful valley and the whole of the city below. The zigzag pathway to the hill holds the magnificent rock carvings of Jain Theerthankaras. The present Gwalior Fort is erected by Raja Man Singh Tomar of Tomar Dynasty. The unique architecture of Gwalior fort is the best example of Chinese influence on Indian architectural patterns.

The Chinese dragons carved on the pillars of Gwalior Fort stand as an evidence of Indo-Chinese relationship of the era. It is one of the best examples of Medieval Indian architecture. Gwalior Fort is popularly called the ‘the Gibraltar of India’. Gwalior Fort has witnessed the rule of several dynasties over hundreds of years. Gwalior fort was the battle field of Jhansi Ki Rani and Tantia Tope in their fight against British rule.

Sanchi Stupa, Sanchi – Sanchi Stupa is a famous tourist spot located at the Sanchi village of Madhya Pradesh at a distance of 46 kilometres from Bhopal. There are three stupas and these stupas are the most well preserved all over the country. The first Sanchi stupa was constructed in the third century. Its height is around 16.4 m and it is about 36.5 m in diameter. The second stupa was constructed in the second century and is situated at the margin of a hill above an artificial stage.

Marble Rocks At Bhedaghat, Jabalpur – Marble Rocks at Bhedaghat in Jabalpur is by far the most-visited attraction of all. It would not be wrong to say that over the years Jabalpur and Marble Rocks have become synonymous to each other. The marble rocks stand tall around hundred feet on both sides of the river Narmada. Tranquillity is what one would expect on a visit to Marble Rocks at Bhedaghat. As the sparking sunlight falls on the white and off-white-coloured marble rocks, it casts a shadow on the river making it a breathtaking scene. Bhedaghat and its Marble Rocks are at their best when the beaming moonlight falls on the rocks and the river simultaneously. A boat ride is a lifetime experience to say the least. A journey beyond words, Marble Rocks of Jabalpur unarguably remains a must-visit destination on the whole. A boat ride in the river Narmada through the rocks is a must, especially on a full moon night.

The remains of the idols are immaculately carved and showcase marvellous iconography in spite of being disfigured due to the invasion. An inscription commemorating the visit of Rani Durgavati can be seen at the sanatorium. There is also an underground tunnel connecting Chausath Yogini Temple and Gond queen Durgavati’s palace. Chausath Yogini Temple, which is a huge complex and spells sheer splendour in every nook and corner of the structure, is highly recommended on a visit to Jabalpur.

Dhuandhar Falls, Jabalpur – The Dhuadhar Falls is one of the important hotspots for tourists not only in Jabalpur but if the state of Madhya Pradesh. Cascading from a height of 10 metres, this is a magnificently beautiful waterfall originates from the river Narmada. This scenic fall makes its way through the famous marble rocks and plunges in a waterfall with a heavy gush, making a roaring sound, that can be heard from a considerable distance. This sudden fall creates mist or dhua and thus, the waterfall is named Dhuadhar. The Dhuadhar Falls is a breathtaking sight and thousands of people flock at this place throughout the year. This place is a wonderful place to spend a day with family and friends on a picnic. There is plenty of space to unwind near to the waterfall. A must visit, Dhuadhar Falls is a great destination of picturesque beauty that lies around 6 km from the centre of the city of Jabalpur.

Chitragupta Temple, Khajuraho – Chitragupta Temple is a very old shrine dedicated to the Sun God or Surya Deva. The temple was constructed in the 11th century. One of the main attractions of the temple is the splendid idol of Surya Deva standing on a chariot driven by seven beautiful horses. The walls of the temple have intricate carvings on them. Among other attractions of the temple the prime ones are full-fledged figures of Surasundaris in stone carvings, the eleven-headed form of Lord Vishnu and couples depicting sensual love. The temple has a huge three-storeyed stepped tank, which is a major attraction among the visitors of this temple. Even the exterior walls of this beautiful temple are decorated with stone carvings of Gods, females and several other things. The doorway of the temple is decorated with small figures of Surya Deva. Visitors coming to the temple are often left mesmerized by the beauty of the whole structure.

Pench National Park,Pench – The Pench National Park lies in the lower Southern areas of Satpuda hills. This place is referred to after the Pench River which twists through the Pench National Park from North to South. This park is situated on the Southern border of Madhya Pradesh, neighboring Maharashtra. It was confirmed as a national park in the year 1983 and in 1992, the place was officially declared as the nineteenth Tiger reserve of India. This park is rich in shrubs, climbers, trees, herbs, weeds and grasses. There are above 1200 plant species that are found in this place. 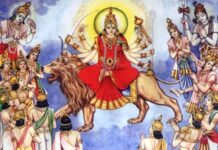 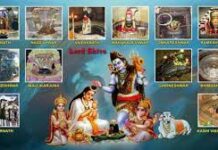 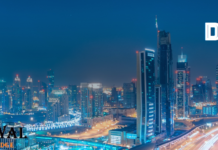