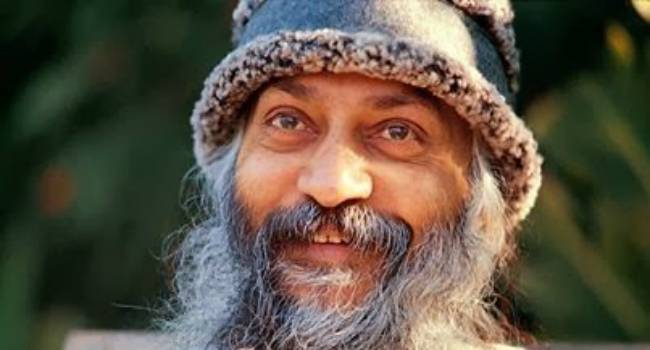 Osho Rajneesh was an Indian mystic, guru and spiritual teacher who created the spiritual practice of dynamic meditation. A controversial leader, he had millions of followers worldwide, and also thousands of detractors. Confident and outspoken, he was a gifted speaker who never shied away from expressing his views on a variety of topics, even those considered to be taboo by the conservative society. Born in India into a large family, he was sent to live with his grandparents who played a major role in making him the person he eventually became.

He grew up to be a rebellious teenager and questioned the existing religious, cultural, and social norms in the society. He developed an interest in public speaking and used to regularly speak at the annual Sarva Dharma Sammelan (meeting of all faiths) at Jabalpur. He claimed to attain spiritual enlightenment at the age of 21 following a mystical experience. He began his stint as a spiritual guru simultaneously while embarking on a professional career as a professor of philosophy. Eventually he resigned from his academic job to focus on his spiritual career. Over a period of time he established himself as a very popular spiritual guru not just in India but also internationally. However he also made the headlines when it was revealed that members of his commune had committed a range of serious crimes.

He was born as Chandra Mohan Jain on 11 December 1931 in Kuchwada, a small Indian village in the Raisen district, Madhya Pradesh, as the eldest of eleven children of Babulal and Saraswati Jain. His father was a cloth merchant.
He spent his early childhood with his maternal grandparents and enjoyed considerable freedom living with them. He credited his early life experiences for having a major influence on his future life.

He grew up to be a rebellious teenager and questioned all social, religious and philosophical beliefs. While he was studying at Hitkarini College in Jabalpur, he argued with an instructor and was told to leave. Thus he transferred to D.N. Jain College and completed his B.A. in philosophy in 1955.
As a college student he had started giving public speeches and spoke regularly at the annual Sarva Dharma Sammelan (meeting of all faiths) at Jabalpur. He later stated that he became spiritually enlightened on March 21, 1953, at age 21.
He earned his M.A. with distinction in philosophy from the University of Sagar in 1957.

He became a lecturer of philosophy at Jabalpur University in 1958 and was promoted to professor in 1960.
Along with his teaching job he also started traveling throughout India under the name “Acharya Rajneesh”. His initial lectures were focused on the concepts of socialism and capitalism—he strongly opposed socialism and felt that India could prosper only through capitalism, science, technology and birth control. He eventually started exploring a wide range of issues in his speeches.

He criticized orthodox Indian religions and rituals, and stated that sex was the first step towards achieving spiritual growth. Not surprisingly, his talks garnered considerable criticism, but also helped to draw crowds to him. Wealthy merchants flocked to him for consultations on spiritual development and paid him donations. This way, his practice grew rapidly.
He began to conduct three- to ten-day meditation camps in 1962, and soon meditation centers sprung up around his teachings. By the mid 1960s he had become a prominent spiritual guru and in 1966 he decided to quit his teaching job to devote himself wholeheartedly to spirituality.

Very open-minded and frank, he was different from other spiritual leaders. In 1968, he called for greater acceptance of sex in a lecture series which was later published as ‘From Sex to Superconciousness’. His talks unsurprisingly scandalized Hindu leaders, and he was dubbed “the sex guru” by the Indian press.
In 1970, he introduced his Dynamic Meditation method which, according to him, enables people to experience divinity. The same year, he also moved to Bombay and initiated his first group of disciples. By now he started receiving followers from the west, and in 1971, he adopted the title “Bhagwan Shree Rajneesh”.

According to him meditation was not just a practice but a state of awareness that had to be maintained in every moment. Along with his dynamic meditation technique, he also taught over a 100 other methods of meditation including the Kundalini “shaking” meditation and the Nadabrahma “humming” meditation.
Around this time, he began to initiate seekers into Neo-Sannyas or discipleship. This path of commitment to self-exploration and meditation did not involve renouncing the world or anything else. Bhagwan Shree Rajneesh’s interpretation of Sannyas radically departed from the traditional Eastern viewpoint which required a level of renouncement of the material world. His followers even engaged in sexual promiscuity during the group sessions.

In 1974, he shifted to Pune as the Bombay weather was affecting his health. He lived in Pune for seven years over the course of which he greatly expanded his community. He gave a 90-minute discourse nearly every morning, and offered insights into all major spiritual paths like Yoga, Zen, Taoism, Tantra and Sufism. His discourses, both in Hindi and English, were later collected and published in over 600 volumes and translated into 50 languages.
His commune had events and activities that appealed greatly to both the Eastern and Western groups. The therapy groups at the community attracted therapists from all over the world and it was not long before it gained an international reputation as ‘the world’s finest growth and therapy center’.

By the late 1970s, the ashram had become both very popular and notorious at the same time. While Bhagwan Shree Rajneesh was revered by his followers, he was considered immoral and controversial by the more conservative factions of the society. He also began facing challenges from the local government which tried to curb the ashram’s activities. It was becoming increasingly difficult to maintain the ashram and he decided to move elsewhere.
He moved to the United States with 2,000 of his disciples and settled on a 100-square-mile ranch in central Oregon in 1981. There he, along with his disciples started building their own city, called Rajneeshpuram. He successfully established a commune there and soon Rajneeshpuram became the largest spiritual community ever started in America with thousands of devotees visiting the ashram every year.

During the early 1980s he began spending more time in seclusion. His public addresses from April 1981 to November 1984 consisted of video recordings, and he even limited his interactions with his disciples. The activities of the commune became increasingly secretive and the governmental agencies grew suspicious of Rajneesh and his followers.

In the mid-1980s, relations between the commune and the local governmental community became tense, and it was revealed that the commune members had been engaging in a variety of serious crimes ranging from wiretapping to voter fraud, and from arson to murder.
Following the sensational revelations, several of the commune leaders fled to escape the police. Rajneesh too tried to flee from the United States but was arrested in 1985. He pleaded guilty of immigration charges and agreed to leave the United States.
Over the next several months he travelled to several countries around the world including Nepal, Ireland, Uruguay and Jamaica, but he was not allowed to stay in any of the countries for long.

Osho is credited to have introduced the technique of “Dynamic Mediation” which begins with a period of uninhibited movement which leads to catharsis, and is followed by a period of silence and stillness. This technique became very popular among his disciples from all over the world.
Osho and his followers built an intentional community in Wasco County, Oregon, called “Rajneeshpuram” in the 1980s. Working with his disciples, Osho converted vast acres of economically unviable land into a thriving community complete with typical urban infrastructure such as a fire department, police, restaurants, malls, and townhouses. It became the largest spiritual community ever pioneered in America before getting embroiled in numerous legal controversies.

He returned to his ashram in Pune in 1987. He resumed teaching meditation and delivering discourses but was not able to enjoy the success he once had. In February 1989 he took the name “Osho Rajneesh”, which he shortened to “Osho” in September.
His health deteriorated considerably during the late 1980s and he breathed his last on January 19, 1990 at age 58. The cause of his death was reported to be heart failure.
His ashram in Pune is today known as the Osho International Meditation Resort. It is one of India’s main tourist attractions and is visited by about 200,000 people from around the world each year. 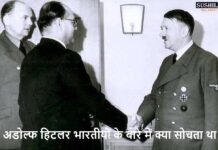 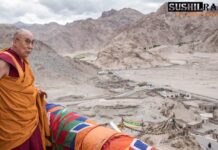 ABOUT US
I’m Sushil Rawal, a passionate traveler, avid reader, and writer. I want to take risks, meet interesting people, go hard, challenge myself and explore the world.
Contact us: slrawal@gmail.com
FOLLOW US
© 2022 - Sushil Rawal - All about knowledge - First Copy Watches